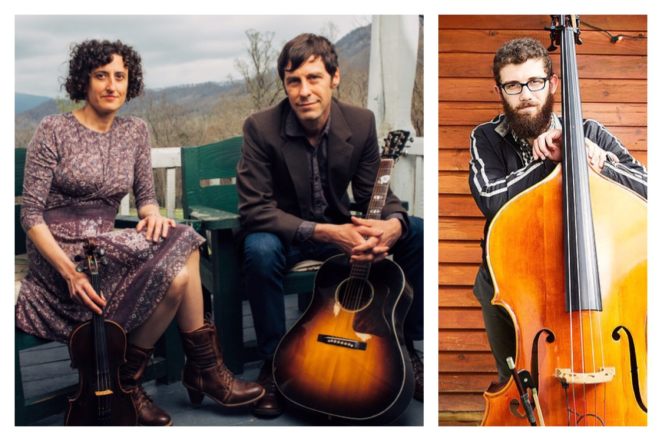 The duo of Zoe and Cloyd are one of my favorite “New Appalachian” roots musicians. Natalya Zoe Weinstein is a Leverett raised fiddler and her husband John Cloyd Miller is a award-winning songwriter and multi-instrumentalist from Asheville NC. They will be appearing with Mile Twelve’s Nate Sabat at Hadley’s Wesley United Methodist Church on July 5th.

Our conversation covers their beginnings as the trio, Red June, and their third release as Zoe and Cloyd due out in September. We include five songs in our segment including three brand new ones from the upcoming CD “Looking Out for You and Me”. We start with the title cut as well as “Berditchever Sher” and “Satan, Your Kingdom Must Come Down”. The Boston based bluegrass Mile Twelve released a version of John Cloyd Miller’s “Where We Started” from their award-winning “City on A Hill” release and it is also included in the set.

We talk about both musician’s grandfathers and their influences on the duo in the bluegrass and klezmer styles. Check out the audio of our segment in the link above.